A lot has happened to little Alex since he was born in March this year.  We are so pleased to tell you that he has safely arrived back at Potter's Village after a trip to Leipzig, Germany for Heart Surgery.  This little boy and his carer Mama Annet have been through a lot, but we are so pleased and thankful for their return.  We want to thank all those who have supported Alex (and his carers) through this journey, in prayer or by donating towards his travel costs.  What an incredible outcome for a gorgeous little boy.

This is Alex's story;

Alex was born at home and his grandparents brought him to Potter’s Village the following day as his mother is mentally ill and could not care for him. Alex is the third born, the oldest child is well but she killed the second born and his grandparents feared Alex might suffer the same fate.

Alex was slow to establish feeding and spent his first week at PV in the Medical Centre but eventually went to join the other PV children.  A heart scan within his first few days showed Alex had a small hole in the heart. After that he was admitted to the Medical Centre several times with fast breathing and needing oxygen.

Another scan by a visiting paediatrician showed possible pulmonary stenosis but following assessment at the Uganda Heart Institute in Kampala, he was diagnosed with a major heart defect, transposition of the great vessels, which ideally needed operating on as soon as possible. Surgery such as this could not be performed in Uganda and it was recommended he travel to Europe for corrective surgery.

We were in the process of organising this when Alex started to deteriorate. He was beginning to show signs of heart failure. He was transferred back to Kampala had a temporary surgical procedure (septostomy), which would give him a few more weeks and give us more time to make arrangements for corrective surgery.

After his corrective surgery Alex was much better, but something permanent still needed to be done asap.  A charity called Chain of Hope, accepted him for surgery and we hoped he would go in June or July to Germany.  He had to travel to Kampala to be monitored during this time and unfortunately contracted MRSA, which meant a delay in him traveling.  In the end he had to wait until September to fly and after further delay, he finally had his surgery on the 21st of September.

It was with such rejoicing that the staff at PV welcomed Alex home on the 22nd of October after successful surgery and recovery.  What a long road for such a tiny person! 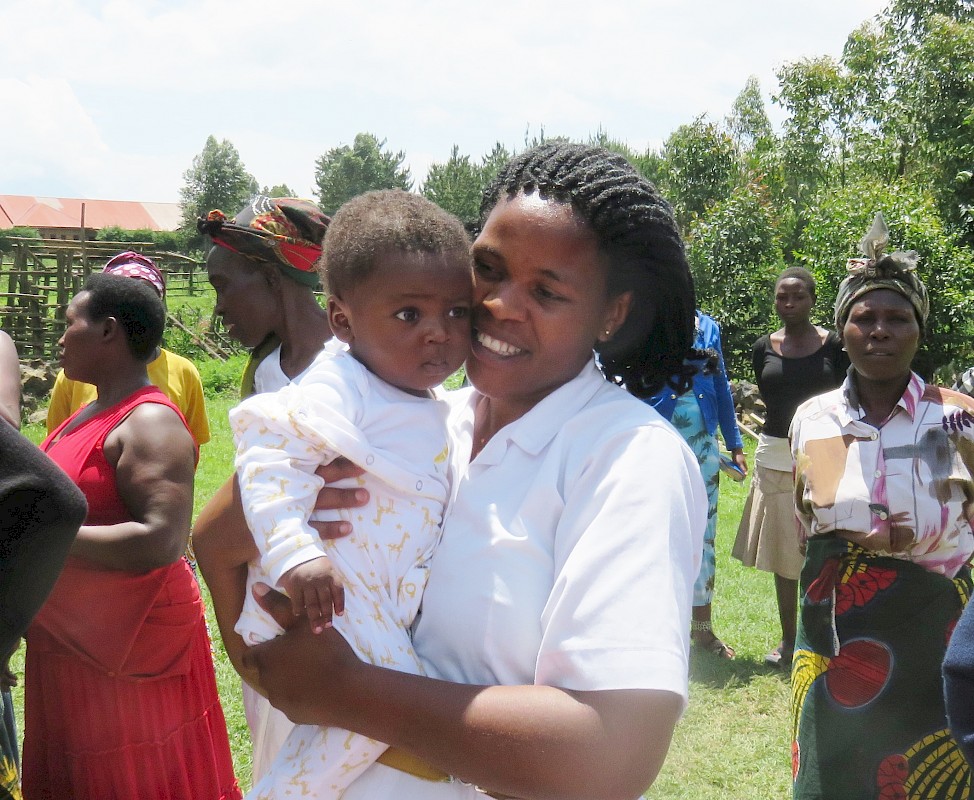